We would like to offer our sincere support to anyone coping with grief. Enter your email below for our complimentary daily grief messages. Messages run for up to one year and you can stop at any time. Your email will not be used for any other purpose.

Share a memory
Obituary & Services
Tribute Wall
Read more about the life story of Norman and share your memory.

Norman Russell Mulroney, aka “Butch” to his siblings and “Pop Pop” to his grand/ great grandchildren peacefully passed away at his family home, Thursday August 11, 2022. Norman was born in Flemingsburg, Kentucky on May 19, 1942. In his late teens, the family of 8 moved to Dayton Ohio.

While still in high school, Norman started working at NCR at 16 years old as a ‘runner’. After high school he attended Dayton University while still working for NCR.

In 1961, he met a girl, Sandra Clericus, at a party and a year or so later they married. They had three beautiful girls. After several years of working at NCR, he was given the opportunity to transfer to a division in Florida. Jumping at the chance to move to a no snow location, the family settled in St. Petersburg, Florida. The company was sold various times going from ECI, E Systems, and finally Raytheon. While working during the day, he went to University of South Florida and received his bachelor’s degree in electrical engineering. Norman worked on many electrical parts for manned and unmanned rockets for NASA.  On several occasions the family would pack up and drive to Cape Canaveral to watch the launches. There were weekend trips canoeing down the Alafia RI’ve and ending with a picnic in Lithia Springs, bicycling for charities with the grandkids, and learning to wind surf in the bay. After 40 years of working, Norman was able to retire at 56.

After retiring, Norman and Sandy traveled the United States from the Florida Keys to Rocky Mountains and to their favorite place, Ireland. Sadly, Norman lost Sandy in 2003, but he was able to continue his love of traveling going on cruises throughout the world with his companion Joan Yale.

After living years with dementia and Parkinson’s, Norman left us peacefully while sleeping in his favorite chair. He will be missed by family and friends. Special thank you to Charles Mulroney, Norman’s grandson, who stopped his life to make the last few years the best they could have been for Norman. We are all truly grateful.

To send flowers to the family or plant a tree in memory of Norman Russell Mulroney, please visit our floral store. 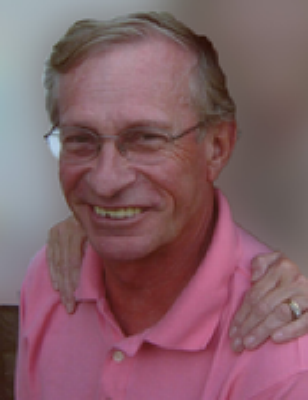 In Loving Memory Of

Look inside to read what others
have shared
Family and friends are coming together online to create a special keepsake. Every memory left on the online obituary will be automatically included in the book.

In Loving Memory Of

Look inside to read what others have shared

Family and friends are coming together online to create a special keepsake. Every memory left on the online obituary will be automatically included in the book.

You can still show your support by sending flowers directly to the family, or by planting a memorial tree in the memory of Norman Russell Mulroney
SHARE OBITUARY
© 2023 Royal Palm North Funeral Chapel & Mem. All Rights Reserved. Funeral Home website by CFS & TA | Terms of Use | Privacy Policy | Accessibility